A downloadable game for Windows, macOS, and Linux

Dragon's Hope is a game about a young dragon who is trying to save the life of his mother. The game features all kinds of puzzles and challenges, a touching story, a relaxing atmosphere, humorous dialogues and a high quality guidebook for the player.

You play as the dragon Damian, whose mother gets badly injured by a human dragon slayer. There doesn't seem to be much hope for Damian's mother until his best friend, Theo the raccoon, comes up with an idea and sends Damian off on an epic puzzle-adventure in hopes of saving his mother.

Depending on your puzzling skills and ability to beat the challenges, the game offers about 2 hours of gameplay, with some of the puzzles and challenges being repeatable.

Types of puzzles and challenges:

The game takes place in a peaceful setting with no combat involved. The player's guidebook that comes for free with the game makes sure to assist players on their adventure in case they wish to seek immediate help.

Wishlist the full game with all four chapters on Steam!

To get in touch with the devs directly, solve puzzles with others and discuss the game, feel free to join our community on Discord!

We also have a Youtube-Channel!

This game looks nice. Unfortunately it won't run! I downloaded the Mac version but when I try to run it it just gives me an error message saying "The application "Game" can't be opened." Tried putting it in my applications folder but that didn't help.

progression on some point impossible (I play the windows version). The first one is pretty okay and doesn`t hurt much. It is about one of the tasks from the squirrel/mini games. It is when you have to search in the right spot to get the nuts. The "memory game" or so. If you try to leave the space where the game is in through gras stairs in the left some text trys to appear, than it tells me there is some error and I have to restart the game.

However the second one is worse. I was playing and I had to not be seen by the guards (I saved sometimes because I didn´t want to restart again and again and I maybe had the picture riddle not 100% correct but I saw who it was on it so I knew the password). When I activated the nut and everyone (but the squirrel in the left, the one I drew a circle around) froze and I was going the route I drew to the spot where you see me. Everything worked fine until the squirrels went back to normal. I don´t really know how to say this. Well that happened! I don't really know what to do about it and I can't reach the exit because they come towards me and then the other squirrel (with circle) sees me.

Hello, thank you a lot for taking all this time to share your experience and letting us know about these bugs! It's intended that the squirrels unfreeze after a certain amount of time and that that one doesn't. The task is to pass the last moving squirrel before they unfreeze. You may have created a save after freezing the squirrels from which it's impossible to get to the ladder in time, we advise you to save again after having been caught so that you can have fresh attempts. If you have an earlier save that isn't too far in the past you may want to consider continuing with that save. Sorry for your trouble, it's amazing however you made it that far into the game!

I realised too but thank you for your answer anyway. I passed the game today (and realised afterwards there was always an option in the menu to constantly run). It is really hard on some points, especially where you have to hide from the guards (that is really frustrating and I almost stopped playing). Now that I finished I am looking forward and having it on my wishlist on steam. Hope you'll keep that amazing quality and that Damian will save his mom in time before it is too late. That is worth my money.

It took me way too long to get around to this game. I finally did and absolutely love it. Can't wait for chapter 2, 3, (I assume,) and the like.

Excuse me, I ABSOLUTELY LOVED your game. Im still playing it, but I'm on Mac and I downloaded that version, but every time I went on options and left, the game crashed and an error occurred. If you see this and take your time to reply me back about this that would be nice. I know you can fix it! P.S : Like I said, love your game, can't wait for chapter 2. Keep up the good work!

The same thing happens on my Mac for every RPG Maker game I've ever played! I've learnt to avoid the options menu...

I Liked The Game a Lot,It's a Good Game To Play When You Got Nothing To Do.

So glad you  enjoyed the game! It honestly makes our day to read comments like these. Thank you a lot for playing :)

And Thank You For Making This Beautiful Piece Of Art. :D

I played about 45 minutes this morning and really enjoyed it, the story has a nice feel too it and I feel like the puzzles were really well balanced. I'm excited to see what awaits me in the near future. I haven't played this type of a game in a while it was a nice change of pace and the music was 10/10! I do have a few questions so i can update my information for possible new streams or videos. Do you have any social media outlets or links you would like me to include? What program did you use to make the game?

Thanks again, loved the game can't wait to play more!

Hey, we were extremely delighted to see that you like the game so far and made a video about it! Your guess in the video was correct: The engine we are using is RPG Maker MV. You already linked the game's itch.io page so that's all we could possibly ask for :) We also have a Steam page for the people that would like to wishlist the full game (4 chapters) there. Please remember that there's a guidebook for the game, you can find it inside the game's folder! The guidebook is helpful in case you struggle with a quest or puzzle. Really excited to see you play the rest of the game :)

MY COMPUTER LAGS TO MUCH BUT IM FINE WITH IT (SORTA)

WHICH OS ARE YOU RUNNING? WHAT ARE YOUR SPECS? WE'RE SORRY FOR YOUR LAG!

I HAVE A WINDOW 8

Why is it unstable on Mac and Linux?

It's just that we can't test those builds ourselves. We believe that those versions work fine now. All we are aware of is a little lag issue inside the dragon's cave but that's all. Please report any issues!

So what do you plan to do now that Chapter 1 is out?

First we'll take some time to improve Chapter 1 based on the feedback we've received. Then we'll continue our work on Chapter 2 which will connect the game with the already existing Chapter 3 (Chapter 3 still needs some work but it's 90% done). Then there'll be a huge update in which Chapter 1-3 can be played. Again we'll consider the feedback received. Then we'll work on Chapter 4 and finish off the game. 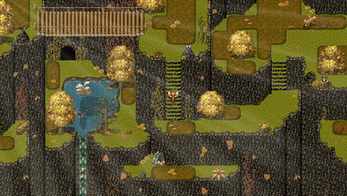 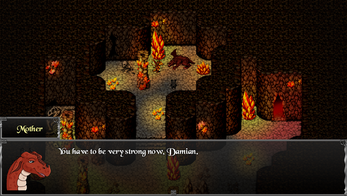 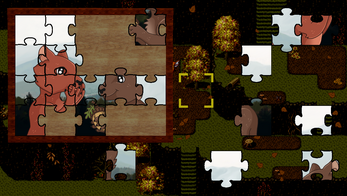 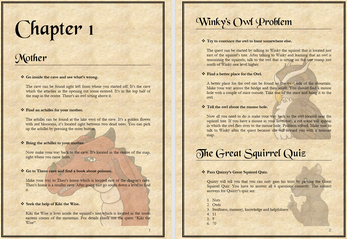 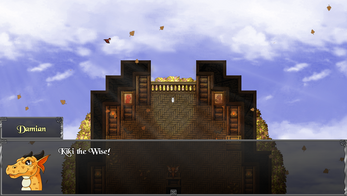 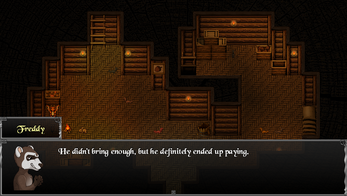 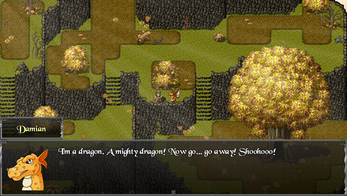 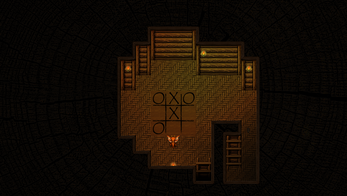 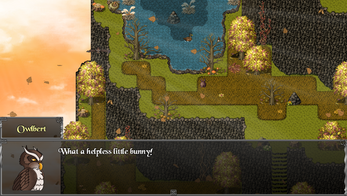 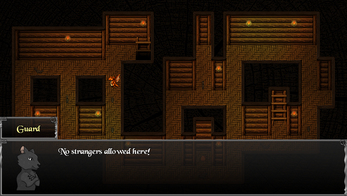